Sometimes we all need comfort food, and for me many times that is Waffles.  I just love a hot delicious waffle dripping in my favorite sauce.  I often enjoy waffles with my moms homemade maple syrup.  But when I want something really decadent and delicious I make waffles with Maple Nut Buttercream Sauce. 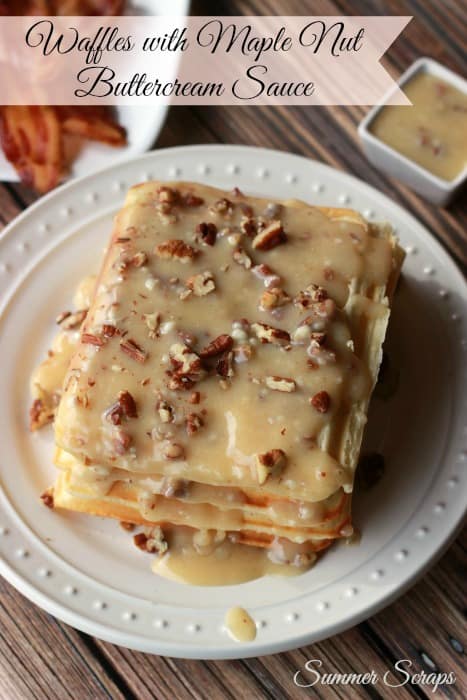 This creamy, nutty sauce is delicious poured on any dessert - but especially delicious on waffles!

Make up your favorite waffle recipe.  The recipe I shared above is a basic recipe that I use for most of my waffles.  Now let me show you how easy it is to make this yummy sauce.

Put all of the ingredients into a microwave safe bowl. 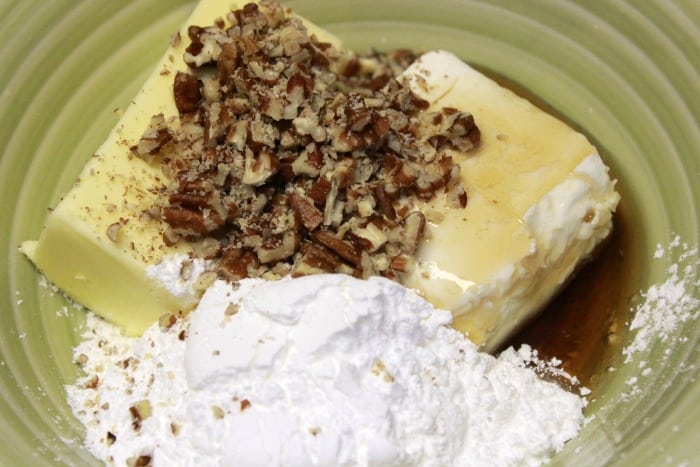 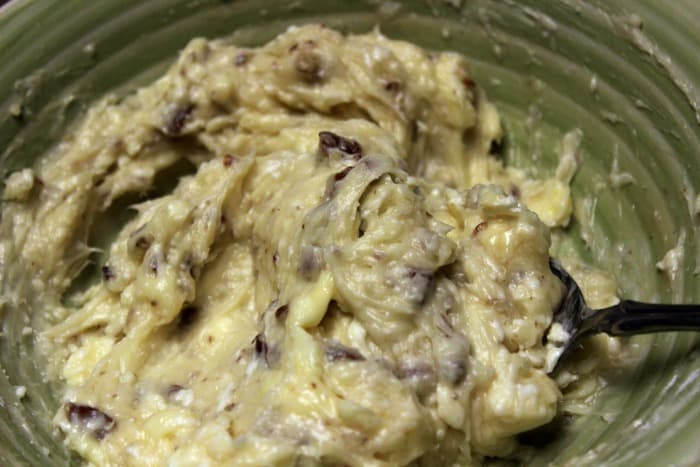 Once your waffles are hot and ready place the bowl your sauce ingredients  in the microwave for 30 seconds.  Stir, then cook another 30 seconds.  Your sauce should be hot and melted and perfect for pouring onto your waffles! Sprinkle on a few more pecans and dig in! 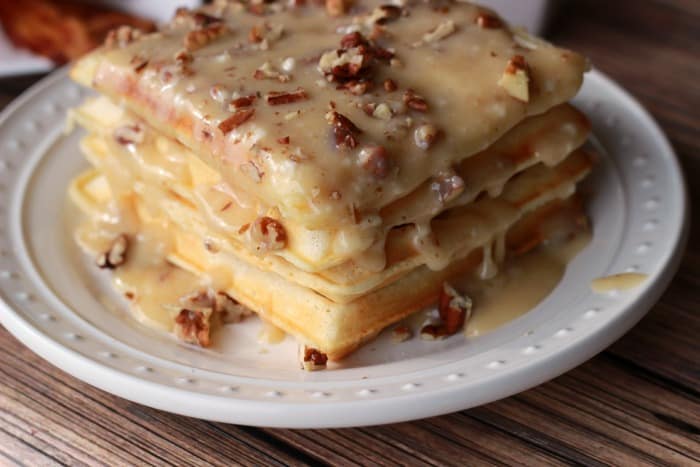 Would you like to try some more amazing waffles?  I have teamed up with some awesome food bloggers and we are all sharing our waffle recipes - I want to try each and every one of them!

Which one do you think you will try first?

Here are some more waffle recipes:

Sweet Waffle Donut from Over the Big Moon

Mexican Hot Chocolate Waffles from the Kitchen and Beyond

Hello! I'm Katie Adams, the Creator of The Crafty Blog Stalker. If you are new to the crafting world, creating can be scary, so I am here to walk you through it.

Hello! I'm Katie Adams, the Creator of The Crafty Blog Stalker. If you are new to the crafting world, creating can be scary, so I am here to walk you through it.